Due to Bhutan’s location and unique geographical and climatic variations, it is one of the world’s last remaining biodiversity hotspots.

Bhutan pristine environment, with high rugged mountains and deep valleys, offers ecosystems that are both rich and diverse. Recognizing the importance of the environment, conservation of its rich biodiversity is one of the government’s development paradigms.

The government has enacted a law that shall maintain at least 60% of its forest cover for all time. Today, approximately 72% of the total land area of Bhutan is under forest cover and approximately 60% of the land area falls under protected areas comprising of 10 national parks and sanctuaries.

Each of Bhutan’s National Parks and Wildlife Sanctuaries are an essential part of the Bhutan Biological Conservation Complex a system of national parks, protected areas and forest corridors covering 60% of the country. Each of these parks and sanctuaries has its own special character and are home to endangered animals, birds and plants. 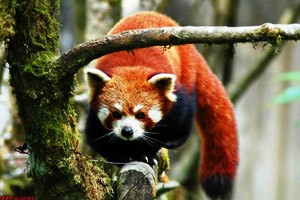 Located in the central part of the country, Jigme Singye Wangchuck National Park covers 1,300 sq.km and is the second largest protected area of Bhutan.

High ice peaks fall away to low conifer and broadleaf forests. The park remains one of the largest undisturbed tracks of forest anywhere in the Himalaya’s. The varying altitude and rainfall have created a wide range of climatic conditions, making it home to many species of plants, animals and birds.

Both musk deer and Himalayan black bear can be found here. The golden langur, which is quite common in Bhutan, the rare clouded leopard, the red panda and the Royal Bengal tiger are among some of the many species found here. The eastern side of the park supports about 20% of Bhutan’s tiger population and the park itself forms an important link between the northern and southern tiger populations.

It is also home to 391 bird species of which seven species are among some of the world’s most endangered species. Phobjikha valley, a buffer zone to the park, is the winter habitat of the Black Necked Crane. More than 260 majestic cranes winter in Phobjikha every year. 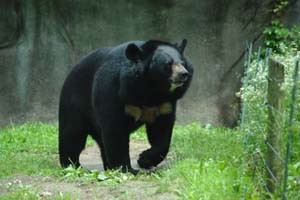 Situated at the very heart of the country and covering 768 sq. km, Thrumshingla National was officially opened in July 1998.

With its elevation ranging from less than 1,000 m to more than 4,000 m, and temperatures of between  21U °C to 28U °C, the park has some of the most diverse climatic variations and habitats in the world. The park made news in 2000 when a WWF-supported survey team captured a camera-trap image of a tiger at 3,000 meters the first photographic evidence that the magnificent creatures exist at such high altitudes. Besides that, the park has 341 species of birds making it truly a birdwatcher’s paradise.

Tourism helps to sustain the lives of the communities within the park, with an effective management plan in place and dedicated park staff along with WWF support. The park is set to remain in pristine condition for generations to come. 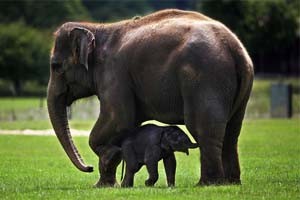 This park has only recently been opened to the public and offers thousands of animal and plant species, many of which are globally endangered, it is not only the most diverse protected area in the Kingdom but also noted as one of the world’s biologically outstanding parks.

Lying in south central Bhutan, Manas is connected at the southern border with India’s Manas Tiger Reserve, a World Heritage Site. To the north it borders the Jigme Singye Wangchuck National Park. Royal Manas was designated a wildlife sanctuary in 1966 making it Bhutan’s oldest protected area. The area was upgraded to a National Park in 1993.

There are wide climate variations in Royal Manas. The May-September monsoons bring up to 5,000mm of rain. Rainfall is negligible in winter and the climate is extremely pleasant from November till March.

More than 365 species of birds have been officially recorded in Royal Manas National Park with an additional 200 believed to be in residence. Species found here include the globally threatened rufous-necked hornbill, Pallas fishing eagle, great white-bellied heron, spotted wren-babbler, blue-headed rock thrush and emerald cuckoo. Many of the parka’s more than 900 types of plants have commercial, medicinal, traditional and religious significance. 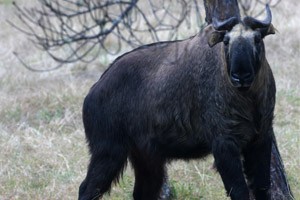 With an area of 4,349 sq. km, the Jigme Dorji National Park is the largest protected area in Bhutan. It is one of the most biologically rich areas in the Eastern Himalayan region, and stretches from warm broad-leaved forests to permanent ice fields and glaciers on Bhutan’s north-western border.

The monsoon rains and a varied topographical gradient, from just over 1,000 meters to more than 7,000 meters above sea level, account for this rich plant and animal diversity.

Sacred peaks such as Jomolhari, Tsherimgang and Jichu Drakey are prominent landmarks in the park. Glaciers and glacial lakes are interspersed in the mountains forming important head waters for some of Bhutan’s main rivers.

The alpine region houses numerous flowers such as the national flower blue poppy, edelweiss, orchids and rhododendrons among many others.

Charismatic animal species like the Snow Leopard, Takin, Tiger, Black Bear, Blue Sheep and Red Panda inhabit the forests and mountains of the park. This may be the only place in the world where the Royal Bengal tiger and snow leopard habitats overlap. Most of Bhutan’s most popular trekking routes can be found inside the Jigme Dorji National Park. 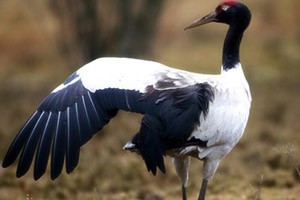 Bumdeling Wildlife Sanctuary is located in north-western part of Bhutan covering an area of 1,545 sq. km with 420 sq. km of buffer zone encompassing parts of Trashiyangtse, Lhuntshe, and Mongar district. It shares international borders with the Tibetan region of China in the north and India in the north east. The sanctuary is home to around 100 species of mammals, including globally endangered species such as snow leopard, Royal Bengal tiger and red panda.

About 150 black necked cranes spend their winter in Bumdeling every year from mid-November to early March. Bumdeling Wildlife Sanctuary is also a paradise for butterflies: as of now 130 species have been recorded and another 120 are expected to inhabit this area. Besides natural beauty and diversity many significant religious and cultural places can be found inside the sanctuary, such as Rigsum Gompa, the mystic Singye Dzong and Dechenphodrang Lhaghang maybe the most scenic monastery in the country. 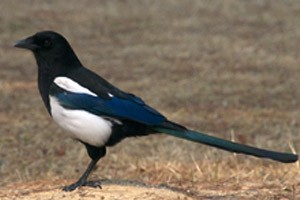 Located in the easternmost part of the Kingdom, Sakteng Wildlife Sanctuary spans an area of 650 sq. km and is Bhutan’s newest protected area (launched in 2003). The sanctuary is a lost world of biodiversity waiting to be discovered. It presents a wide diversity of Himalayan terrestrial ecosystems, namely alpine meadow, temperate forest, and warm broadleaf forest.

Plant life includes Bhutan’s national flower, the blue poppy, rhododendrons, primulas and gentiana, all of which transform the park into a garden of colours during spring time. There are also many plants with medicinal values- such as cordyceps. 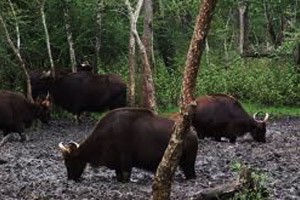 With an area of 273 sq km, this is the smallest protected area in the kingdom.

Despite its relatively small total area, this sanctuary’s altitude ranges from 400-2200m and it is inhabited by exotic animals like Elephants, Guars, Pygmy Hogs and Hispid Hares. As it is located on the country’s southern border the Khaling Wildlife Sanctuary adjoins a neighboring Indian wildlife sanctuary. 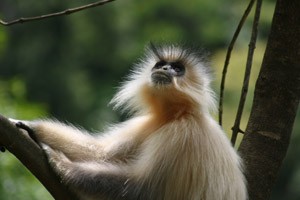 This relatively small protected-area is located near the Southern border to India, approximately 50 km from Phuntsholing.

It encompasses 278 sq km and ranges from 200-1600 m in altitude. It is home to rare and exotic animals such as Elephants, Tigers, Gaurs, Spotted Deer, Axis Deer, Hornbills and Golden Langurs. This park is Bhutan’s only natural Sal Forest. 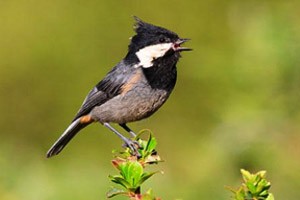 The Wangchuck Centennial Park was formally inaugurated as a National Park in June 2008. With an area of 4149 sq km it is the largest National Park in the kingdom. Several high mountains such as Mt. Gangkar Puensum are found within the parka’s boundaries.

The park is located in the north-central region of Bhutan and encompasses regions of 6 different Dzongkhags. With Bomdeling Wildlife Sanctuary to its East, Jigme Dorji National Park to its West and a continuous biological corridor to its South, the park is a crucial part of the network of protected areas in Bhutan. 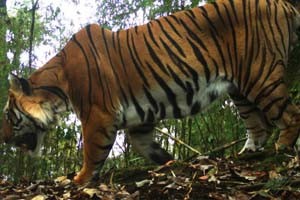 It ranges in altitude from 1400-4800 m and its vegetation includes Broad-leaved Forests and Alpine Meadows. This is the only nature reserve in the country that has absolutely no human inhabitants.